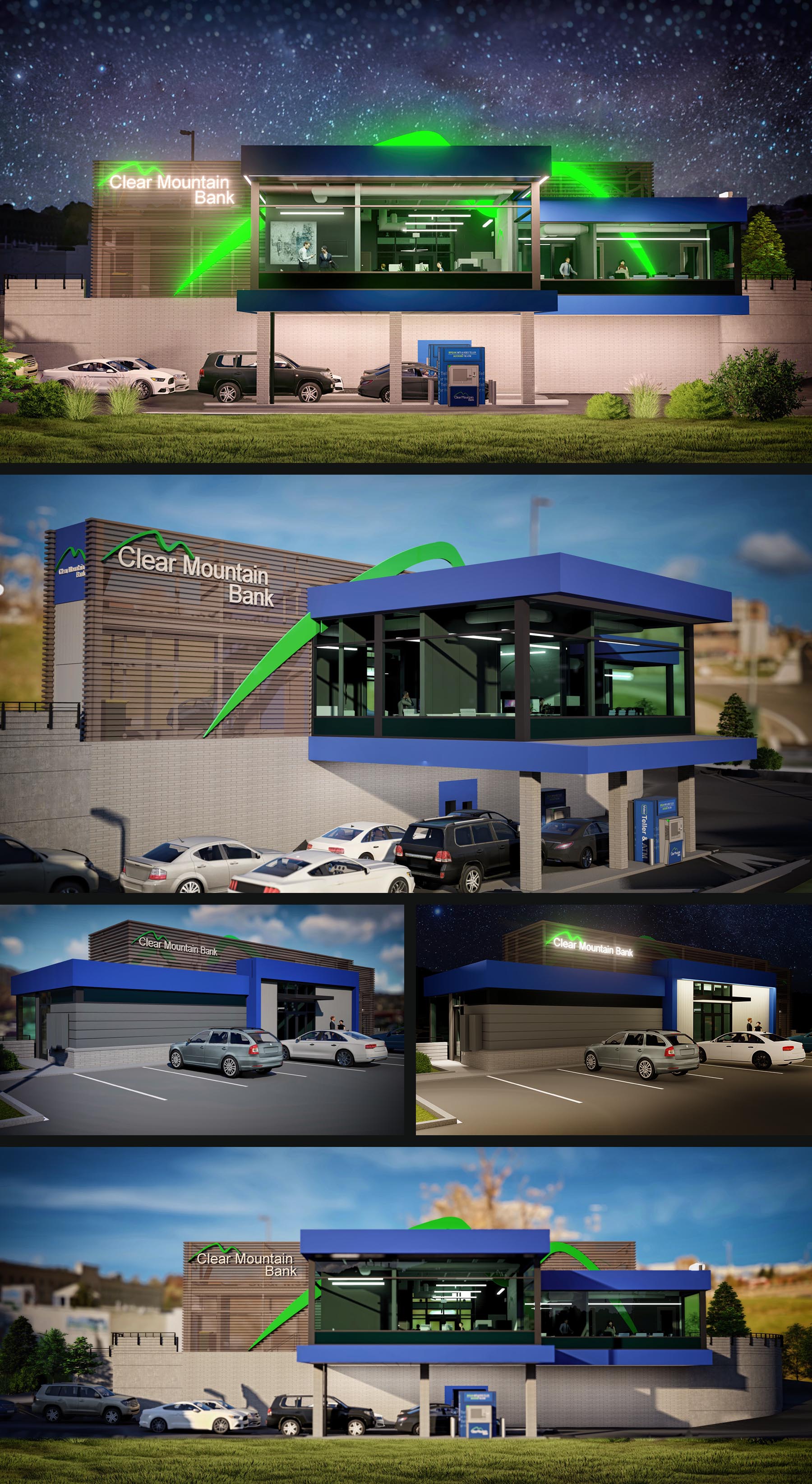 Dave Thomas President & CEO called on Mills Group to create a design for a new bank branch that also had the potential to become a billboard for Clear Mountain Bank. The site location in the Evansdale/Suncrest area is on the corner of one of the most active four-way intersections and close to both hospitals.

The new 2,300-square-foot facility will provide many new amenities including the bank’s video teller service that will enable customers to bank during extended hours with a live video teller from the comfort of their car. The new branch will also offer secure self-serve safe deposit boxes, a tech/coffee bar, three banking offices, a meeting room, and three drive-thru lanes. We designed the main spatial components of the bank to reflect the hierarchy of the customer as the main focus and the supporting spatial components focusing on the staff.

The building will boast very contemporary design aesthetics with clean lines and the interior will reflect our most recent design in their Pierpont branch. The glass front offers great views of the area and will feature a prominently displayed LED branded mountain, represented in the bank’s logo, through the interior and exterior of the building. 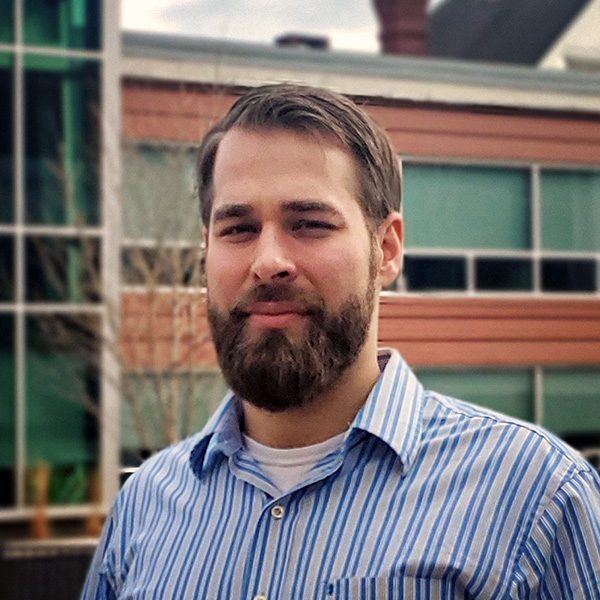 Stephen DeNeui brings expertise to Mills Group as the Preservation Associate in our Morgantown office. Stephen researches and documents historic buildings and towns, assists in writing historic structure reports and historic rehabilitation tax credit applications, and provides a contextual background to the architects and designers working with historic resources.

Originally from a small town in rural Minnesota, Stephen enlisted in the U.S. Navy which brought him to the greater Chicago area where he met his now wife. Upon the arrival of their first child and the completion of his contract, Stephen began his studies of Architecture at the University of Kentucky’s College of Design. Building on the discipline and problem-solving of his Navy career, Stephen excelled in his program, being awarded The History & Theory Award, The A4LE Research in Design Award, The Sustainability & Passive Design Award, and The CoD Studio Award.

After returning to the US, Stephen was hired by a legacy historic preservation architecture firm where he worked in Williamsburg, VA. It was then, that Mills Group reached out to Stephen and asked if he would join the ongoing efforts of saving history right here in West Virginia. He joined the firm in 2022 and has been in awe of the beauty of The Mountain State, its historic architecture, and its legacy of storytelling.

Outside of work, Stephen loves spending time with his wife and children reading, exploring, playing and designing games, and, of course, telling stories. 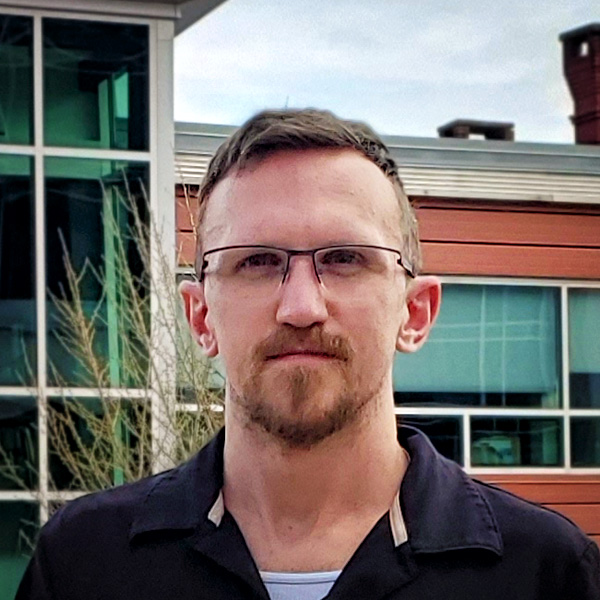 Originally from Hopwood, PA, RJ attended Pierpont Community and Technical College where he obtained an Associate’s Degree in Interior Design in 2019.

An achievement RJ is most proud of is making the Dean’s or President’s Lists every semester at Pierpont with the support of his family and husband.

Outside of work, RJ enjoys landscape and architecture photography and hiking state and national parks. 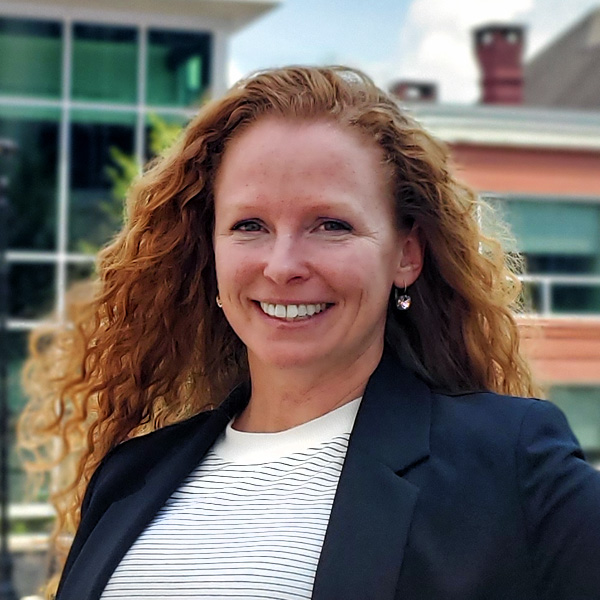 Amber Kwasniewski joined Mills Group as a Project Manager and Senior Interior Designer. Originally from Beverly, WV, Amber attended the University of Charleston where she obtained her Bachelor of Arts in Interior Design.

After years of working in Washington, DC, she returned home to focus on a budding family business. After selling her portion of the business, she desired to return to practicing architectural and interior design.

Besides starting and establishing a successful business, her biggest achievements have been through problem solving. It might be helping someone utilize their space better or coming up with a creative way to make a farm task more efficient. 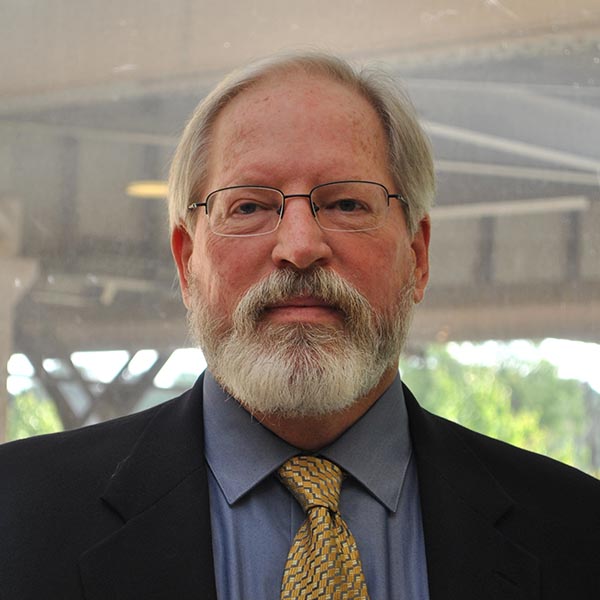 John Tingley recently joined Mills Group as a Senior Technical Architect bringing over 40 years of technical expertise with existing and new structures. He previously worked with Michael Mills at EYP and they were also partners in a design-build firm, Domain.

Originally from Glen Ellyn and Kankakee, Illinois, John attended the University of Oregon where he obtained his Bachelors in Architecture.

In his free time, John enjoys being in nature. He likes golfing, kayaking, walking, skiing, scuba diving, reading, and writing. 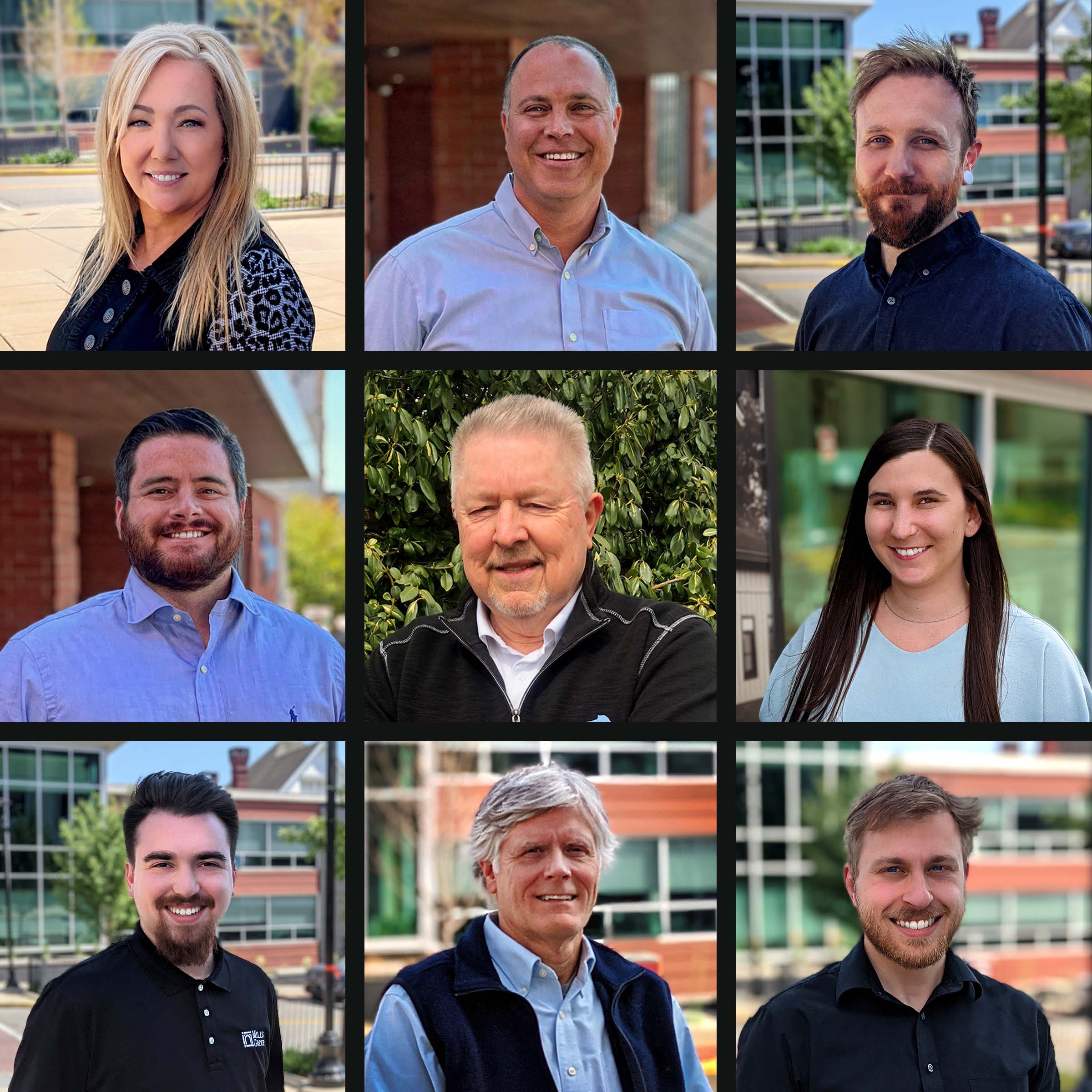 Vivian Neely (15 years), Jason Smith (6), Ryan McClain (5), Logan Patrick (4), Jack Ankrom (3), Nicole Leach (2), Tyler Gray (2), Jim King (1), and Michael West (1) all recently celebrated their Mills Group work anniversary! Their dedication and continuous effort to make this company a great place is why we are truly happy they have chosen us as the firm to give their expertise to.

Thank you for everything you are doing. It truly makes Mills Group what it is! 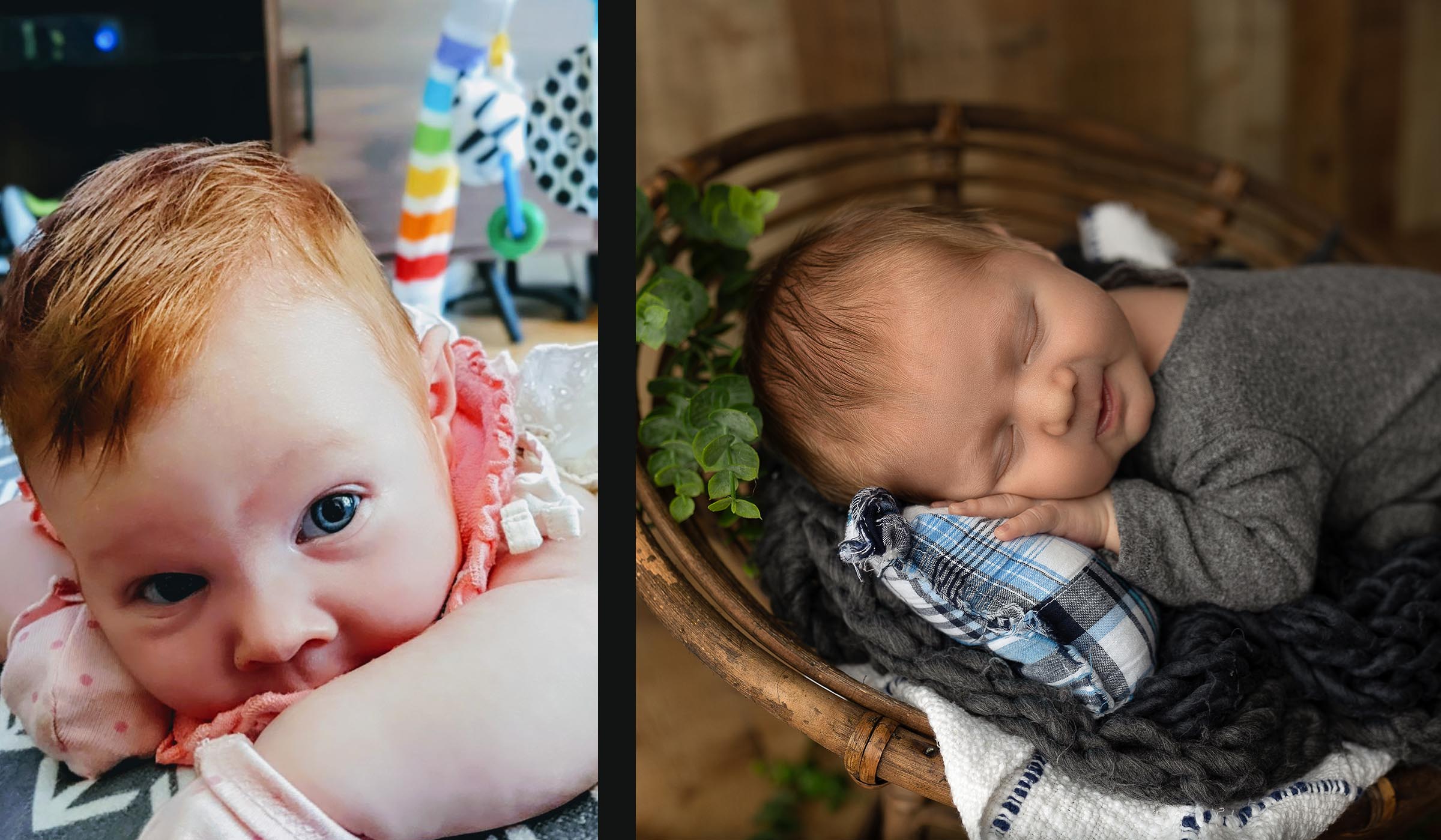 On May 5, 2022, Ryan McClain and Logan Patrick both welcomed new additions to their families, Quill Everleigh McClain and Maddox Andrew Patrick.

Mills Group recently joined TikTok, a social media platform that hosts a variety of short clip videos. Our TikTok account highlights a variety of the behind the scenes work that takes place within our firm. Many of our videos range from our day-to-day workflow, to how our office greeter, Ellie, spends her days. The use of TikTok allows us to reach new audience and bring them along to view our firm in a new way.

Last year Thistledown Estates reached out to Mills Group for the schematic design and layout of columnar entryway features flanking both sides of Thistledown Lane. Due to both aging aesthetics and extreme damage caused by large trucks, the existing entryway features had been in dire need of replacement and redesign. In addition to the revamped entryway features, other design elements conceptualized were landscape plantings/boulders, lighting fixtures, entry signage, security cameras, and a new sidewalk location for enhancing the safety of children entering/exiting school buses. The overarching goal at this point was really twofold: enhance the visual appeal of the entryway and increase the ability of the landscape to prohibit large trucks from damaging the hardscape features.

As the design phase warmed up and Thistledown's HOA saw where the concept was headed, more elements became integrated into the final deliverable including migration of the existing on-site gazebo, a new expanded parking area, entryway road widening, and bollard placement.

This summer, with the help of our amazing friend and collaborator, Chris Halterman (https://www.haltermanlandscaping.com/) we were able to finally see the project fully and successfully installed. Our planning team could not be happier with the outcome!

When Buckhannon’s Joyce S. Stockert passed away in 1994, she willed the County Commission to construct a youth center facility to be named “The Stockert Youth Center.” Mrs. Stockert specifically stated that “the operation of the youth center shall provide for entertainment, instruction, recreational athletics, sport and other wholesome activities for the youth of Upshur County.”

We are currently designing a new 11,000-square-foot facility that will serve as a multipurpose community center adjacent to the existing historic building. The front portion of the building includes a check-in desk, workout room, office, restrooms, and an elevator to access the lower level. The main level looks down onto the open community space below which includes locker rooms, concession area, restrooms, storage, and a large space that doubles as full-size basketball court with 250-seat retractable bleachers.

Buckhannon's library began life in 1925, founded by the city's Lion's Club. In 1940, the family of Charles W. Gibson donated funds for a new library building on Main Street, and the current building opened two years later.

Our task was to design a complete rehabilitate the inside of the library including upgrading the systems, reworking the layout of the front desk, adding a public reading room, ADA restrooms, kitchenette, and a work room. The addition to the library almost doubles the size of original space. The design also includes a children’s reading room, and multipurpose meeting room with a separate entrance so it can be rented out for conferences and other events. The most important part of our design approach was to keep the aesthetic of the historic art deco of the original building.

Mills Group designed a multi-story office and warehouse facility for the headquarters of Howard Concrete in Houston, PA. The contemporary building features a modern brick and glass façade and soaring double-height entry vestibule with dramatic open staircase. In addition to a storage warehouse, the complex is outfitted with an inviting reception area, several private offices, conference rooms, and an employee break room.

The interiors of the building incorporate materials reminiscent of the company’s legacy of concrete, including modern wallcoverings and tile, balanced with the application of warm natural materials and finishes. Construction of the project began in the fall of 2018.